This week, Amazon Founder and, until very recently, CEO, Jeff Bezos flew 350,000 feet up into the sky above Texas aboard the New Shepard rocket developed by his own Blue Origin space venture. As a result, he along with his brother and two others joined the small, exclusive ranks of bona fide space tourists. They didn’t go the quarter of a million miles to the moon, but covered the 65 miles to the very edge of space, and returned to Earth just 10 minutes later.

An anonymous auction winner who paid $28m for a seat on the flight but withdrew late-on because of a diary clash, allowing 18 year old Oliver Daemen a last minute ride! Jeff Bezos’s contribution to the venture was somewhat higher, at approximately $1 billion investment per year. That though is a tiny proportion of his fortune, estimated at over $205 billion.

It was nice that when he landed, he thanked Amazon’s customers for paying the bills. How kind of him, or was it?

Bezos wasn’t the first billionaire to go on a space jaunt. He was beaten a couple of weeks earlier by Sir Richard Branson who made a similar trip aboard his Virgin Galactic Unity 22, another multi-billion investment from the man whose commercial empire includes something like 400 companies.

Branson tweeted a video of himself floating in weightlessness celebrating the achievement of his dreams, and with 600 deposits of £180,000 already paid (according to the BBC) no doubt Branson will continue to live the dream in self-declared tax exile on his own Caribbean island.

I am sure we were all equally delighted for him, or were we?

As you may have detected, these accomplishments have not been greeted with universal acclaim. Let’s face it, multi-million pound day trips are never going to be a realistic option for 99% of us, and surely, some of the world’s richest men could be doing more with their money.

They could have vaccinated the whole of India and China against Covid, for example.

But is this just jealousy? No, it’s not, it’s a question of values.

Amazon, one of the biggest companies in the world, has consistently been the recipient of criticism over workers’ rights and conditions, anti-competitive practices, price discrimination and product substitution and most recently in the UK, the destruction of 130,000 new, unsold items a week, including TVs, laptops and books being sent to landfill (this was an undercover operation by ITV News). These items could have gone to schools, care homes or shelters, or to low income families. But no, the model seems to be all about making money.

Whilst he continues to enjoy the fruits of Virgin’s success, Branson’s Virgin Atlantic asked all 8,500 of its staff to take 8 weeks unpaid holiday at the start of the pandemic. The cost of this, if paid by the company as would be normal practice, was estimated at £6.4 million, less than the interest that paid on a £4-5 billion fortune in the same period. At the same time as asking for bailouts, Virgin is benefiting from government contracts for everything from train services to healthcare provision, courtesy of £2 billion of NHS contracts, and was building its space tourism business.

What this is all about is ultimately values.

This week, in preparation for the next revision of our website, we have been examining our values and making sure that we still hold them to be true. We do, but we are considering if it’s time for us to update them. After all, change is the only constant and the past 18 months has seen more change than most.

For now, our core values are to be professional in all our dealings with people, to be passionate about what we do, to be collaborative with colleagues, customers and suppliers, to embrace diversity and inclusion, to be creative in thought and presentation, engaging in our relationships and output and genuine in all we do.

For me, genuine, or authentic if you prefer, is the most important of all. I believe that people deal with people, and genuine means being true to yourself and to those you deal with. It doesn’t mean perfect, some of the most perfect people I know are seriously flawed (if you see what I mean) but it does mean honest, open, kind-hearted and sincere.

Perhaps I am wrong and future generations will view these activities as giant leaps for mankind, but in today’s purpose-driven world, would you rather see these fortunes funding vaccination programs or community projects that enhance the lives of normal people? I know I would.

How important are values to you and your business? I’d be interested to hear from you.

By the way, if you want to try to imagine what a billion looks like, convert money to time. One million seconds is 11.57 days. One billion seconds is 31.69 years. If Jeff Bezos spent $1 million per day, every day it would take him 561 years to spend his money! Of course, that doesn’t include interest! 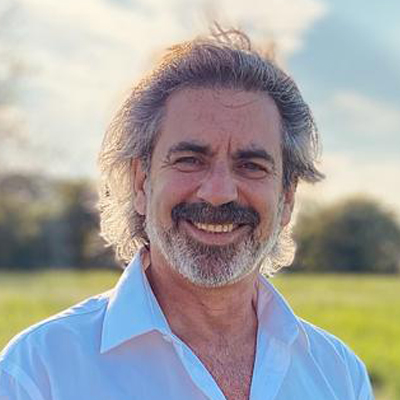 David Langdown is co-founder and Chief Marketing Officer of Focus7, a purpose-driven, brand-led growth agency. David has been a Fellow of the Institute of Direct and Digital Marketing since 2003. He has an Advanced Professional Diploma in Psychotherapeutic Counselling and is a practising counsellor.

Like what you see? Be the first to read our blogs

Get our latest blogs in a handy newsletter - go on, try it, you can unsubscribe in one click

Why we choose Hubspot

Why we love HubSpot for Ad Management